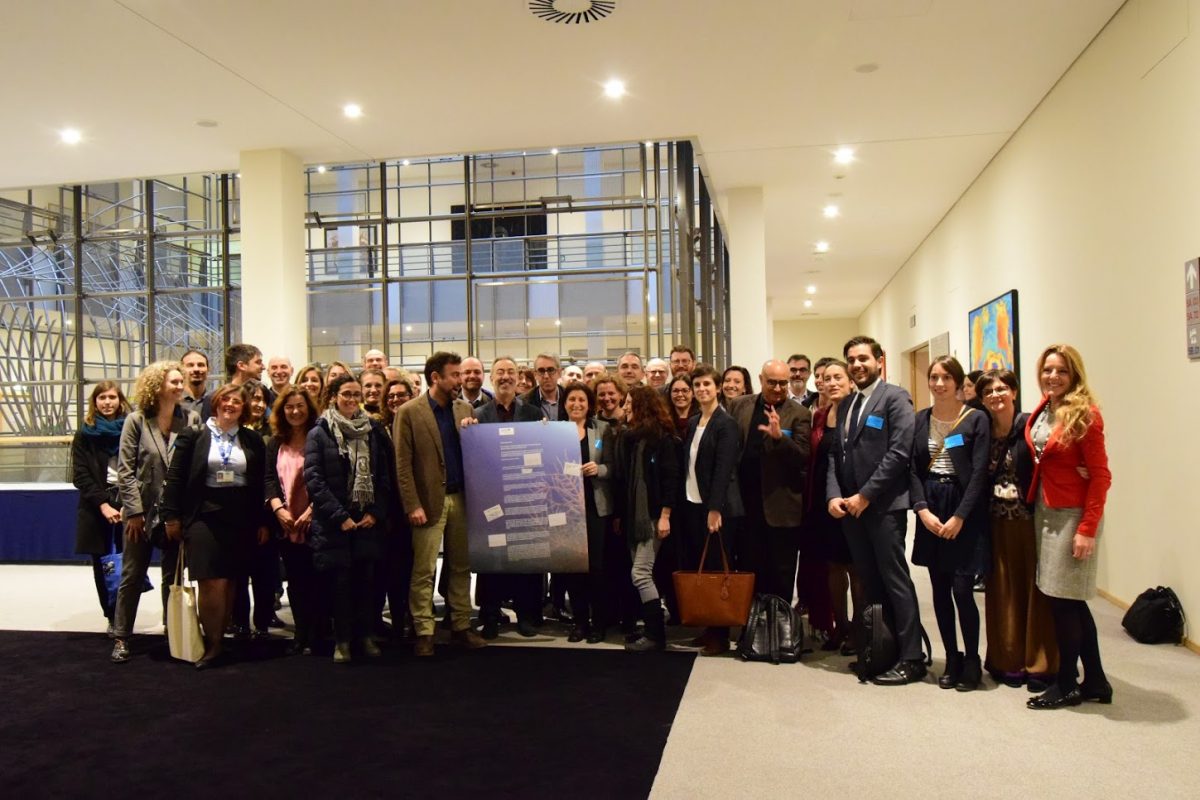 ETC-UMA – Malaga, December 2018 – The European Topic Centre of the University of Malaga has led two days of international debate in Brussels on the latest advances in environmental science and related tools for managing and protecting Mediterranean natural resources to policy makers as effective solutions at various levels. The need for a common and integrated approach to tackle challenges such as plastic pollution, adaptation to climate change or uncontrolled fishing to protect the functionality and irreplaceable benefits offered by natural resources using an ecoregional approach and through cross-border cooperation between the public, private and social sectors was highlighted as a conclusion at the end of these two days of exchanges organized by the Interreg Med project for the Protection of Biodiversity called PANACeA.

European and Mediterranean institutions, public authorities, scientific and research organizations, managers of protected areas and conservationists met on 4 and 5 December 2018 in the European capital during a collaborative workshop followed by a public hearing in the European Parliament to discuss and support a holistic Mediterranean approach as crucial to maintaining the well-being of people and nature.

The PANACeA project coordinator and director of ETC-UMA, Dania Abdul Malak, concluded the debate moderated by Members of the Parliament between EU DG Environment, DG Research, DG MARE, DG Clima, Centres of Regional Activities of the UNEP Mediterranean Action Plan and institutions active in environmental research, assessment and governance mechanisms towards the protection of biodiversity through a Declaration on ecosystem based approaches for biodiversity protection and management. The Brussels Declaration contains the premises for a common roadmap for two types of processes contemplated in the Mediterranean: the design of better ecological networks for an effective and sufficient management of protected areas, and the implementation of shared good practices at regional level. An ecosystem based approach addresses the ecological sensitivity of areas under no protection together with the transboundary and cumulative impacts inside and outside officially designated areas for protection caused by human activities and global changes. 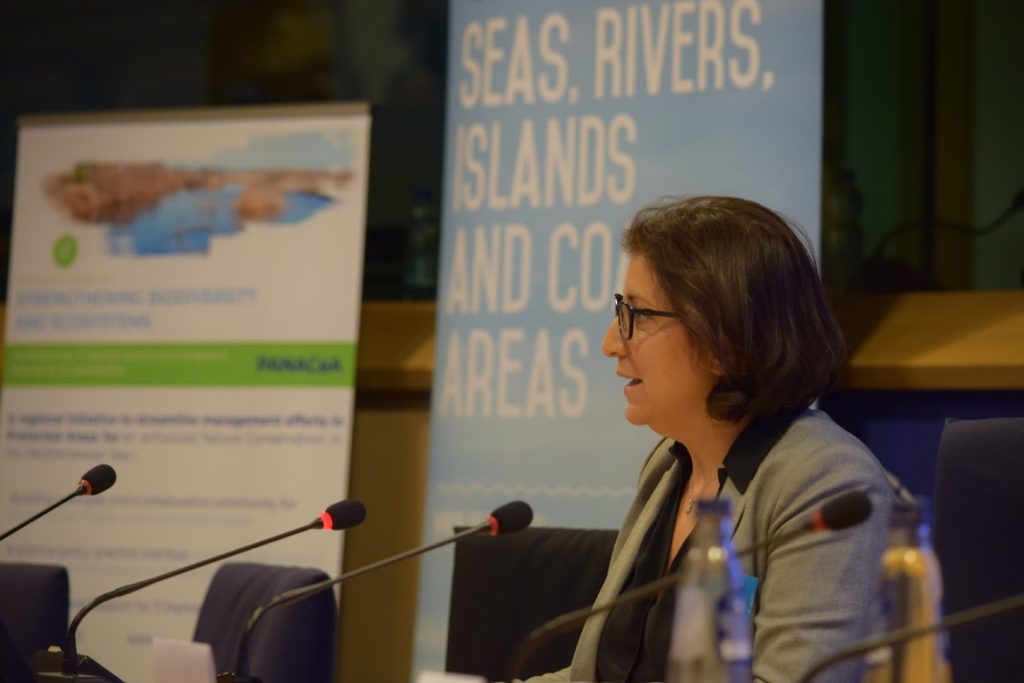 Gesine MEISSNER, member of the European Parliament and the SEARICA Intergroup, stressed that “we need the resources of the sea, blue biotechnology, aquaculture, blue energy, maritime transport…; but we also need marine protected areas and we have not achieved enough protection yet “. The president of the SEARICA Intergroup expressed her support for the Declaration together with other members of the European Parliament who moderated the debate – Marco AFFRONTE, Davor ŠKRLEC and Francesc GAMBUS – who addressed the need for a cross-sectoral and cross-border approach to maintaining ecosystem services and the ecological functioning of our environment.

“Governance and cooperation are essential components when it comes to effectively addressing the challenges facing Mediterranean biodiversity,” said Sergi TUDELA, General Director of Fisheries and Maritime Affairs of the Ministry of Agriculture, Livestock, Fisheries and Food of Catalonia, when presenting the new Maritime Strategy of Catalonia that incorporates co-management as main tool. Mediterranean ecosystems are collapsing and innovative approaches are urgently needed to reduce deterioration and allow for the recovery and resilience of important habitats and species.

As stated by Ameer Abdulla of the World Commission on Protected Areas of IUCN “Biodiversity and natural resources have to be better managed within and outside the boundaries of protected areas, beyond national borders. Maritime spatial planning, together with the integrated management of wetlands and coastal zones, are essential tools to better manage terrestrial and marine biodiversity and regulate human activities that harm our environment with a global approach, including the links between land and sea, between the users of the same resources and between ecoregions that cover several countries “.

The Brussels Declaration is a step forward in a process that underlines the need for a common and long-term ecosystem vision in the use of monitoring tools, harmonized methodologies, protocols and an up-to-date relevant knowledge base for the successful implementation of actions to support policies that affect the environment in EU and Mediterranean processes, such as the EU Marine Strategy Framework Directive and other United Nation processes, which still lack sufficient mechanisms, as well as to facilitate their implementation at national, local and ecoregional scales.

In support of the Declaration, ETC-UMA is developing a digital platform with information related to the protection and management of biodiversity. The Med biodiversity platform will offer by October 2019,  at the time when Malaga will host the final PANACeA Conference, access to spatial data and knowledge generated by at least 12 projects, a catalogue of ecosystem based management tools and recommendations for a better transfer of lessons learnt to both sides of the Mediterranean.

Declaration on the ecosystem management and protection of Biodiversity approach

ETC-UMA and the PANACeA Project