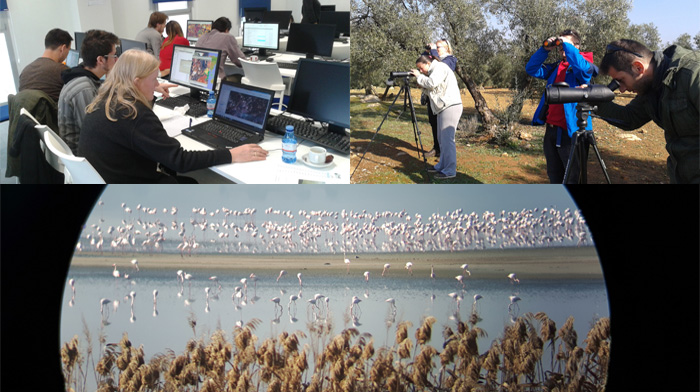 The aim of this SWOS hands-on workshop was to put in context the possibilities and difficulties of implementing detailed SWOS habitat nomenclatures using satellite imagery with different spatial resolutions (mainly Landsat and Sentinel). During this hands-on workshop, presentations of the testing done so far and the major problems identified by different partners were presented. Based on these first discussions, reduced group exercises (2-3 experts) were planned to experiment the used methodology in different test sites selected by SWOS. Based on the reached results, guidelines were drafted highlighting the best practices that were extracted from this testing. Together with the guidelines already drafted for the delineation of SWOS sites, these guidelines will be added to be used in the rest of the SWOS sites. Both guidelines are planned to be included in a “SWOS protocol” publication.

You can access to the agenda of the meeting here.