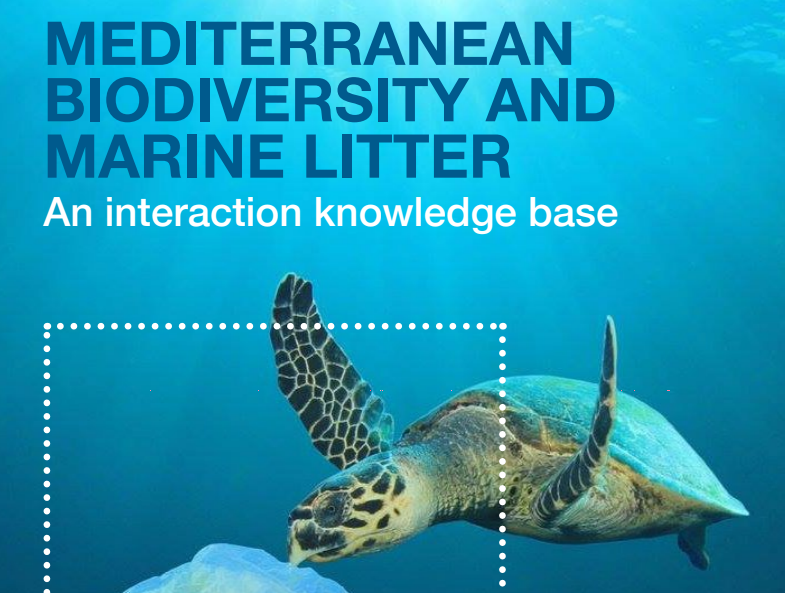 ETC-UMA, 17 January 2020, Malaga – As the global production of plastics has grown exponentially since 1960s, huge quantities of marine litter can now be found in our oceans and seas. The Mediterranean Sea is not an exception. Despite the efforts to generate evidence on the quantity and type of litter present on beaches and in the sea – floating on the surface, in the water column or accumulating on the bottom of the sea -, knowledge gaps on the impacts of marine litter on marine life, not to mention the whole ecosystem functions, and the final implications for human health, are still to be filled.

According to Dania Abdul Malak, Director of ETC-UMA and one of the main authors of the new study published today in collaboration with a network of renowned institutions active in Mediterranean Biodiversity protection and research, “more than 100 species in all common ecological groups have been identified in scientific literature as impacted by marine litter, and the numbers will increase in the Mediterranean region and globally with increasing scientific research initiatives”.

Ingestion, entanglement, colonisation and other are the four main types of impact identified to date; these interactions with living organisms can cause different levels of harm, becoming lethal in some cases.  Though only selected marine fauna like sea turtles, cetaceans and  selected smaller marine species are under study, usually fragmented across the Mediterranean, the impact on biodiversity needs of further research to include micro-organisms and overcome the fact that most research is currently implemented on the north and west of the Mediterranean Sea while evidence on these impacts in the Eastern and Southern shores of the Mediterranean are lagging behind.

The study entitled “Mediterranean Biodiversity and Marine Litter: an interaction knowledge base“ builds on a meta-analysis over the MedBioLitter database maintained by ETC-UMA,  which gathers the scientific literature  on marine litter impacts as well as results from the LITTERBASE by AWI at global scale and develops a harmonized geo-referenced database on the evidence available on the impacts of marine litter registered in the whole Mediterranean basin. It includes knowledge on macro and microlitter (i.e. floating marine litter, beach litter and seabed litter) in the Mediterranean including Marine Protected Areas and their potential interactions beyond targeted ecological groups (mainly fish, mammals and reptiles).

This report and the MedBioLitter database provide a baseline for a regional marine litter assessment for the Mediterranean, enabling users the identification and the crossing of information on the interaction found in literature between marine litter and biota spatially represented. It also allows the analysis of interaction data with a wide range of ecological criteria (taxa, species, ecoregion, trophic level, habitat class, biogeographical zone), management type (inside or outside protected areas), type of marine litter (polymer, fishnets, plastic,…), policy setting/subregions (IMAP, MSFD, CBD) linking to the source of the data, for those interested to learn more or further use the knowledge base. Furthermore, MedBioLitter provides reference to the Regional Cooperation Platform on Marine Litter that is actively working on priority impact actions on the ground to reduce the effect of this environmental pressure.

The MedBiolitter database will be updated regularly by ETC-UMA to collect further research from across the region, in answer to one of the key conclusions highlighted in the report: the geographical unbalance in terms of knowledge availability.  The lack of consolidated routine networks and programmes in most of Mediterranean countries are also perceived by the authors of the report as gaps that need to be urgently tackled at regional scale, accompanied by the corresponding financial and regulatory mechanisms.

In the Mediterranean, the Interreg-Med programme (2014-2020) has co-financed several initiatives that tackle the issue of marine litter. The Mediterranean Biodiversity Protection Community, co-financed by Interreg Med and the European Regional Development Fund and featured by PANACeA, is one of these networks and aims at ensuring harmonized approaches to provide transferable evidence-based solutions on this growing challenge in the region. Part of the contribution of this Interreg Med community is to increase the evidence and the understanding of marine litter concerns and to reduce the pressures coming from marine litter as well as its impacts on biodiversity and ecosystems in the Mediterranean region. 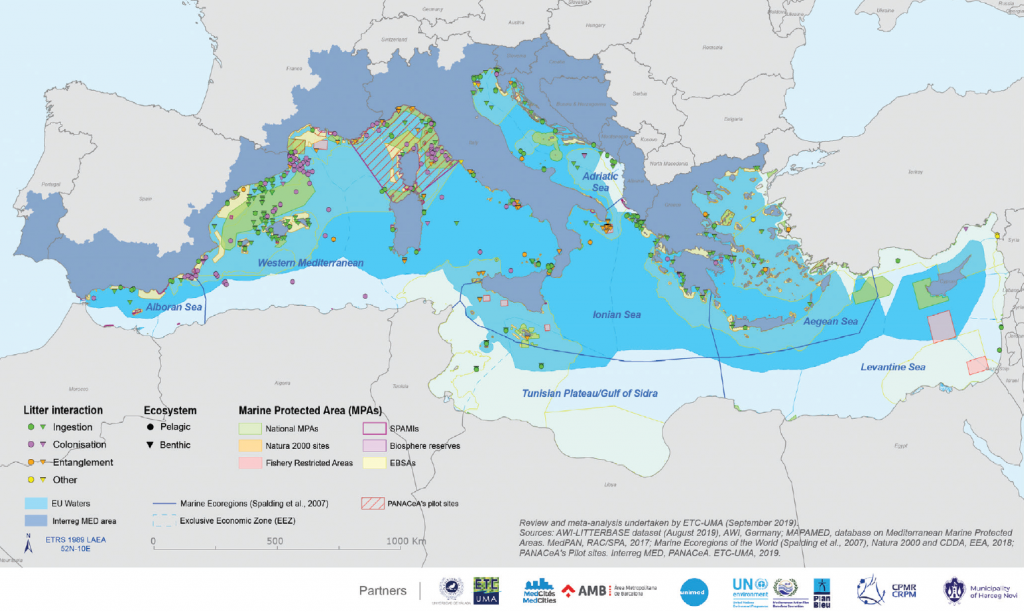